I wasn’t sure whether I wanted to write this post but my head has been swirling and sometimes it feels good just to type and see where it goes and more importantly, empty the contents of my head. So here goes.

Like most of the world waking up on Tuesday I was saddened to hear of the death of Robin Williams.  He committed suicide after battling depression for a very long time. Immediately social media started to swim with support for those battling mental health and the consequences of it. All of these messages came from the best of places and it was warming to see how we have moved on in recognising deprsssion as a clinical illness. Sort of. I say sot of because we have a long long way to go in my opinion.

If you’ve read some of my posts you will know that my husband has clinical depression. So I have some first hand experience of observing a person living  with what is at times a crippling illness. This post is more for for those supporting people with depression.

Yesterday despite the heartfelt messages being put out there for people with depression I started to feel angry. And here’s why. I feel sorry for someone with depression right now because all the messgaes are for them to talk. Talk right now to anyone. Just talk. From my experience you can’t force someone with depression to talk. Like any physical condition there are stages and as with any illness, use the wrong approach at the wrong time you can either make no difference or possibly make this worse. I read an article in the Guardian which suggested that talking therapies can be dreadful for some with depression because they can act as a trigger and worsen it. And I actually remember with my husband that at his worst he couldn’t physically speak. It looked as though opening his mouth to speak caused him actual physical pain. It was heart breaking to watch but talking at that point was fruitless. That’s not to say that talking never helps. It did help him, eventually, when the time was right.

Why do I feel that the messages to talk could be a trigger? Because for many with depression the voices that are telling you how awful you are, what a burden you are and that your loved ones would be better without you (all things that my husband felt) are so strong that I wonder if those ‘you must talk’ messages at the wrong point could be something else for them to feel like a failure and therefore reinforce the messages from their depressive inner voice. Morbid I know but for my husband I know he felt like he would not be a loss to he world so why bother talking?

So if talking isn’t an option then what else is there?

You can be their advocate.  I made phone calls for my husband. I fought for services when he couldn’t.  I argued with GP receptionists. I would tell him to go for a walk. Sometimes I would sit with him and simply hold his hand, a touch to distract him from the demon depression telling him that his wife and children were better off without him. Encouraging him when he found the woodwork that helped to bring some Mindfulness. Telling him never to be ashamed. And then, once he was feeling more stable and having counselling, listening.

Supporting my husband through depression is one of the hardest things I’ve ever done and my husband has fought it so hard. It will always be there and there has had to be some acceptance from me that he has this condition and that it has to be managed. I have no easy answers for you if you have a loved one with depression.  It is not an illness that can currently be cured and I have had to fight my instincts to try and ‘heal him’. What I have learned though is that sometimes just being there and advocating for your loved one can be be best thing you can do. 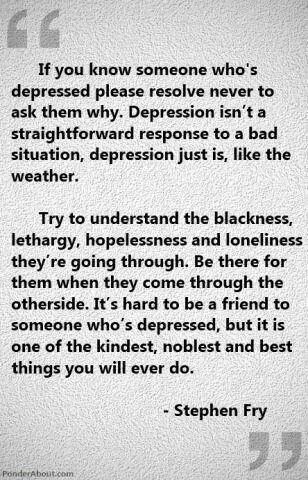 So, I have given in. I have decided to see what this bike lark is all about. I swore that i would be a runner only until the end, but a combination of injury and boredom of run/walk led me to the deep corners of ebay and the discovery of my new bike. I dithered over whether to buy it for a couple of weeks, secretly sabotaging myself with the wait, telling myself I was being daft. And then, last week I clicked on add to basket and took a leap of faith via my credit card and the added trust of buyer ratings. It was done.

Within two days I had my bike (thanks Parkers of Bolton). It was rather stereotypically ‘girly’ in colour for me (white with a dash of lilac) but beggars and mothers of two kids who only do part time work can’t be choosers, and this bike was a bargain. Don’t worry, I had done some research i.e asking friends and neighbours who are into bikes. It was all going to be fine. As long as I hadn’t done any sneaky growing since I was last properly measured aged about eleven (I haven’t).

When the box arrived via a very prompt Yodel delivery (bravo Yodel, who knew eh?) my 6 year old was straight in there, assuming the bike was for him. Cheek! He did the hard work of unwrapping all the corrugated cardboard and tape for me while I had a cuppa. Who says kids can’t be helpful? He realised that the bike wasn’t for him and immediately tried to negotiate a road bike from Father Christmas for himself. Then the bike sat in my back room while I waited for my husband to come home. Yes, this is most unfeminist of me but if you’ve seen the garage where the tools are, and where my husband does his wood turning, you would know it was safer for me to just wait.

I was wondering whether it would be a five minute wonder. I wondered whether I would back out in fear and return it. I have to admit I am terrified of riding the roads on a bike and having it sat there meant put up or shut up. I had to face a fear I’ve held on to for a very long time.

The first ride I did I happened to be chaperoned by my 6 year old who has NO FEAR OF ANYTHING (life really does change when you get ‘the fear’). We stuck to safe paths and he chattered while I wobbled like Bambi on wheels.

The next day I scarpered for a longer ride before he could sense that there was an impending bike ride on the horizon (seriously that kid loves a bike ride). I got my balance (and my courage) and bit the cycling bullet. And I think I’m now hooked.

I have never felt so invincible and yet so vulnerable at the same time. Tell a lie, I did have a similar feeling to that when I was pregnant. Maybe it’s the knowledge that your body is doing something rather amazing that makes you, well me, feel that way. A combination of what for me was the unknown combined with the excitement of my body doing something utterly different. It was exhilarating to hear the orchestra of wind around my ears building to a crescendo as I descended a hill with the air swirling around me.

It was simply amazing and I didn’t fall or get scared by cars (ok maybe I did for the first 10 minutes). I was out for an hour and I came home wobbly legged and deliriously happy, a feeling that I haven’t been able to get from running because of all my niggles. It was the most satisfying hour of exercise I have had in months. It was an absolute dream.

I’m not giving up on running but I really needed something to give me the endurance and training base that I’ve been lacking through being injured. Now that I have my cheapo bike ‘Paula’  (don’t ask, the name occurred to me on first sight) I can do that while gradually building the running back up. Plus after only a few rides I’m actually looking forward to going out and riding ‘her’ *add canned laughter here*. But don’t worry running, this is just something I need to do so I can come back to you with open arms.